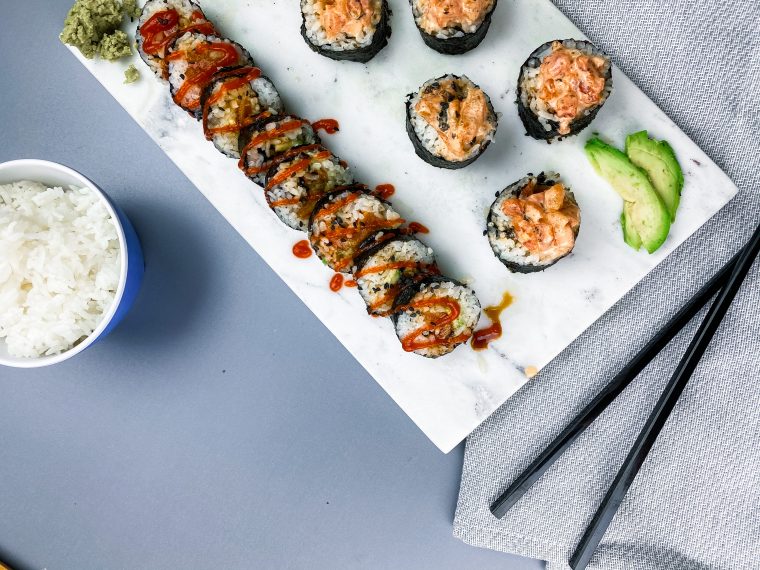 Tomato in sushi? It may sound ridiculous, but actually tastes nothing like how you’d imagine. The taste of tomatoes will be completely gone after they’re boiled and marinated. This roll tastes nearly identical to a spicy tuna roll. Try it for yourself before you judge it.

Rolling the sushi can be a bit tricky the first time, but you can do it! Don’t forget to wet your hands with water before handling the rice because it will stick to you. You can also wet the knife before cutting the rolls to ensure it doesn’t pull and tear the nori sheet.

When separating meaty tomato portion away from seeds, don’t keep any hard parts. It wont be very good in the roll.
Make sure you dampen your fingers with water before handling sushi rice so it won’t stick to your hands.
Keyword plantbased, sushi, unique, vegan
Tried this recipe?Let us know how it was! 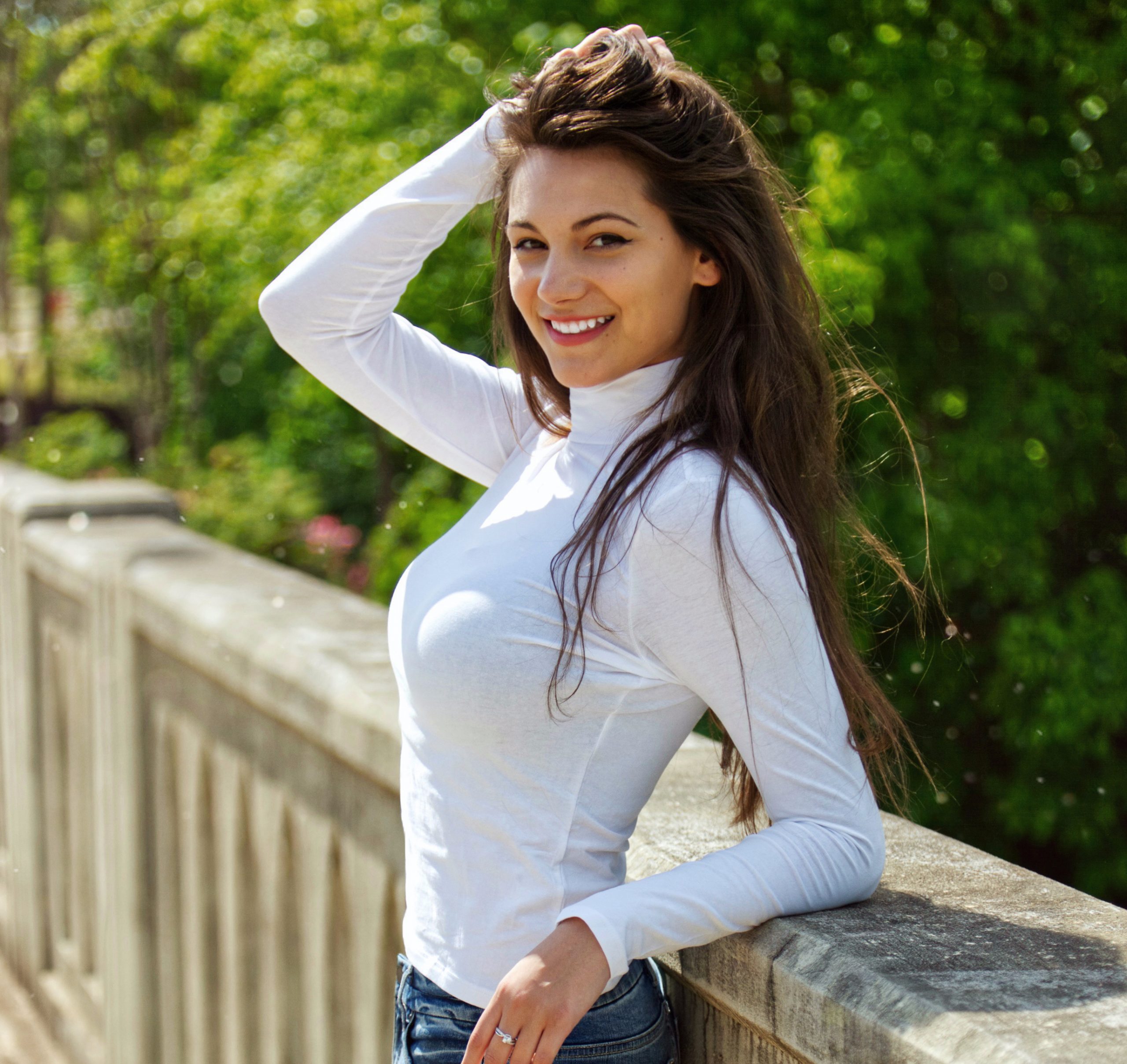 Hey it's Alexia Raye! Welcome to a closer look into my life, and all of my favorite things. From recipes, to affordable fashion, I’m glad to have you as part of the community here and hope it helps make all of our lives a bit easier and more fun.

This website uses cookies to improve your experience while you navigate through the website. Out of these, the cookies that are categorized as necessary are stored on your browser as they are essential for the working of basic functionalities of the website. We also use third-party cookies that help us analyze and understand how you use this website. These cookies will be stored in your browser only with your consent. You also have the option to opt-out of these cookies. But opting out of some of these cookies may affect your browsing experience.
Necessary Always Enabled
Necessary cookies are absolutely essential for the website to function properly. This category only includes cookies that ensures basic functionalities and security features of the website. These cookies do not store any personal information.
Non-necessary
Any cookies that may not be particularly necessary for the website to function and is used specifically to collect user personal data via analytics, ads, other embedded contents are termed as non-necessary cookies. It is mandatory to procure user consent prior to running these cookies on your website.
SAVE & ACCEPT
Social media & sharing icons powered by UltimatelySocial